There has been a lot of talk this week about the flu and flu season. In some parts of the country, flu vaccines are running low—but fear not because we are not short of supply nationwide. A virus causes the flu, or influenza. Epidemiologists labeled the virus subtype this year H3N2.

But should we be mad at this virus, H3N2? After all, is not a lonesome traveler looking to multiply like the rest of us? Who can say that Virus’s pilgrimage from body to body is not worthy?

Virus starts Its journey in the air, floating and lost. The tiny beast—closely resembling our bumbling forefathers caught in the incomprehensible world—looks for a place of light and warmth. It cannot float to the sun. The pioneer must search for a place to populate. Perhaps it is sent forth on this journey with a notion, like the European pioneers before us, that a land of gold and wealth exists somewhere beyond.

Listen closely. Virus hears a body up ahead. Yours. Hermaphroditic virus (It) enters the tunnel of your nose, the Holland Tunnel of Virus travel. (The Holland Tunnel itself is somewhat of a mystery to me and so why not to the virus as well?) It travels ever deeper and decides to rest after many weary miles of travel. It has not seen another Virus soul to connect with nor has It even seen Itself—the tiny beast’s only true lover. Virus Narcissus.

Virus always carries the key with It. In fact, It carries an entire set of keys. Perhaps Virus is not the tiny beast we assumed It was before. Virus looks for a door, it does not matter which one. Virus has travelled far and now in these strange woods It must rely on the kindness of a stranger cell. Of course, there is the matter of why Virus has a key to the stranger cell’s household. The cell is used to strangers though. It is a simple cell, a bumpkin cell, that does not ask strangers questions.

According a model by Zirus that can be found on NPR’s website, once the virus enters the cell, it is welcomed by a geodesic dome of biological particles. The tired stranger cell throws a party for Virus. How happy we are to see you! Have you met my daughter? Please this way! Well look at you two. Hey now come to think about it you two look very much alike… It must be just a coincidence.

The stranger cell never suspects Virus is an unsavory character. The cell’s kindness continues. What’s mine is yours, my friend…what did you say your name was? Cyrus? Wonderful! Hey come to think of it, I believe we had a fellow named Cyrus stop by here not so long ago… 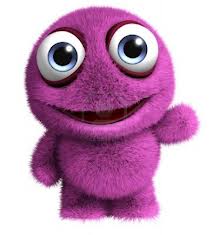 “Can I use the kitchen?” Cyrus asks. The answer is of course. In the kitchen, Virus pulls out a recipe—a secret from the stranger cell. Suddenly the cell’s daughter walks in. She’s no dummy. She knows Cyrus is bad, real bad. She grabs Cyrus by the hand and Cyrus quickly stuffs the recipe into It’s pocket.

Inside the Nucleus Room, Cyrus uses the daughter’s raw machinery. Cyrus’s children burst forth, out from the stranger cell by the millions. Now the stranger cell recognizes the name. The scoundrel has come again! Virus H3N2! Though now It appears to be disguised with a fluffy blonde soul patch. Virus has mutated.

The stranger cell informs the Immunity Department currently policing outside. He’ll punish his daughter later. Now the cell must crush the H3N2 menace.

Most of the time, your body is able to crush the invading menace. Sometimes it is not. And that is what causes the flu.