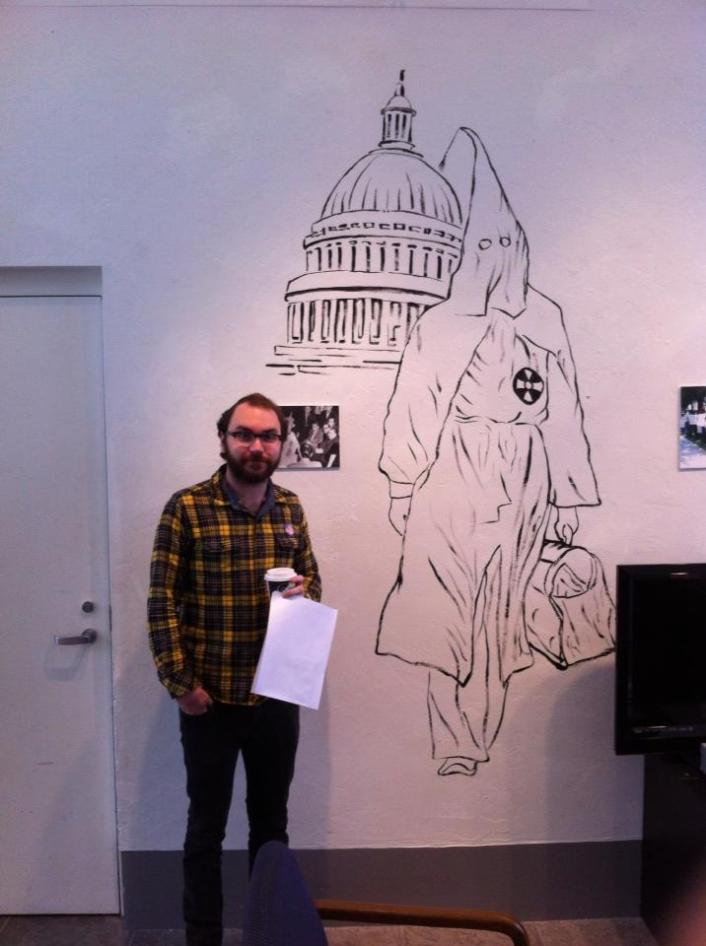 Stetson Kennedy fought the KKK. This painting is based on a real photograph. The Capitol did not find the stunt of dressing in a KKK robe so funny.

There are monkey bars on St. John’s River. It feels good to be a kid again.

St. Augustine only exists on the internet. 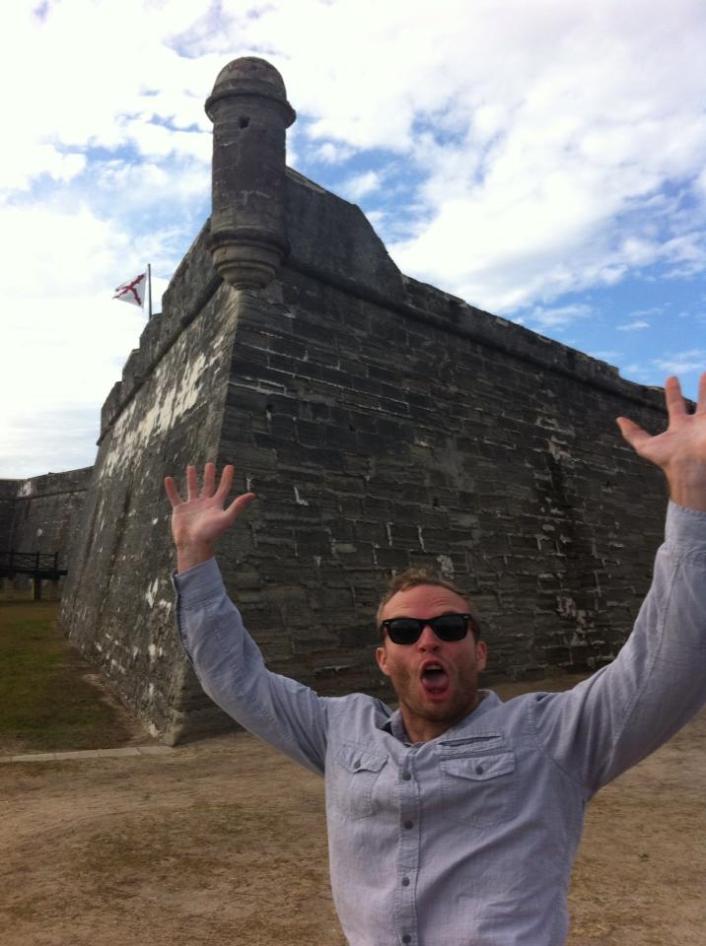 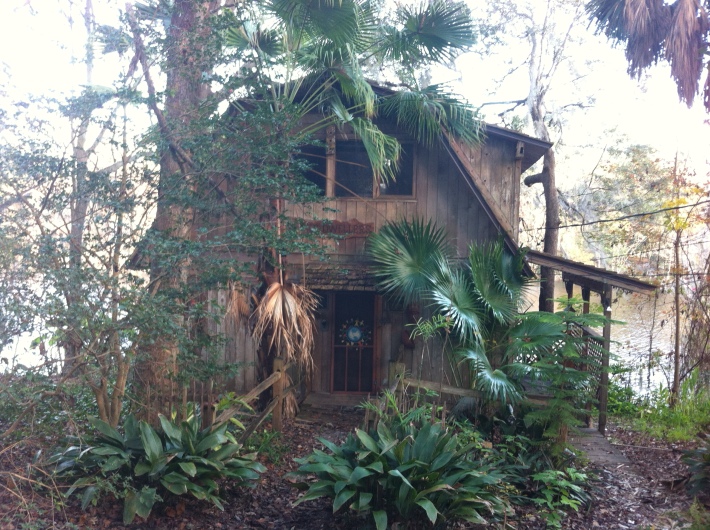 Bottle tree, a surviving member of the Kennedy home. 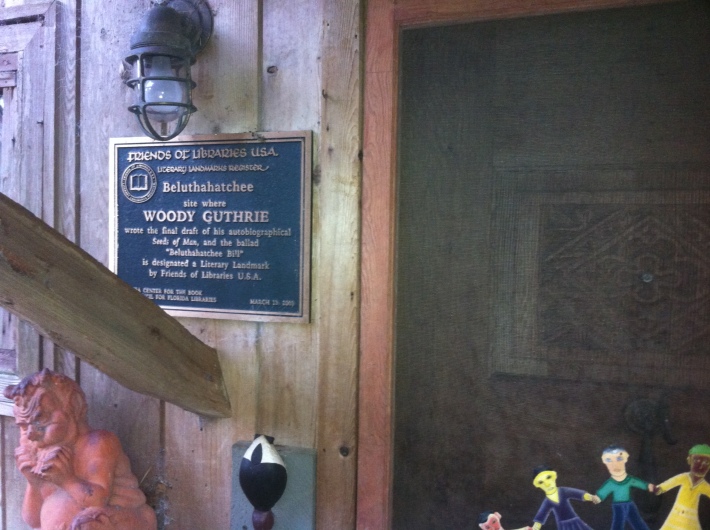 Woody Guthrie never actually visited this house, but he stayed on the Beluthahatchee property many times. In the 50s he helped Stetson put out a fire started by the KKK. 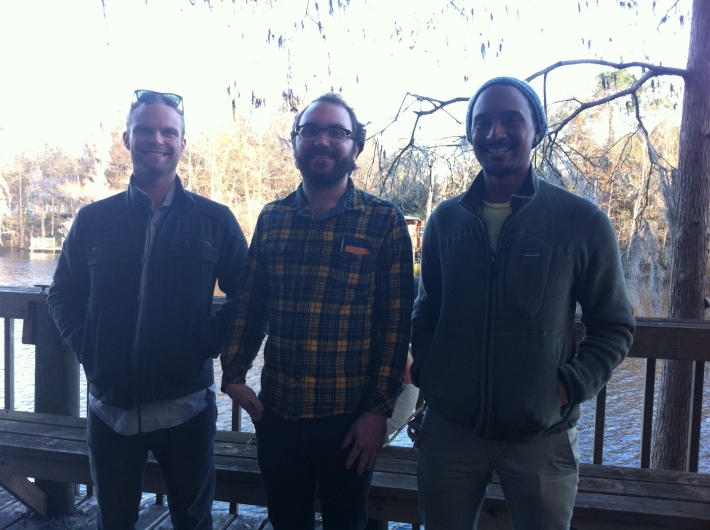 Proof we were there. 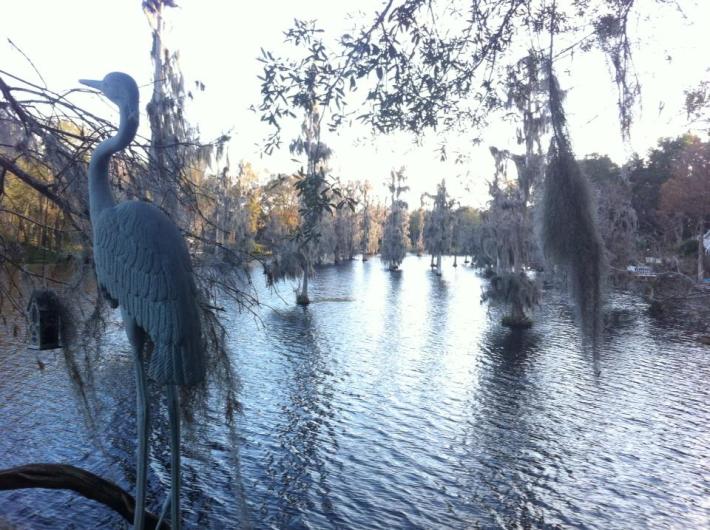 The lake Stetson created with his father by damming Mill Creek.

A copy of Stetson Kennedy’s book “I Rode with the Ku Klux Klan”. Actually, it’s a prop. Kennedy’s stepdaughter put the ancient sleeve on another book. 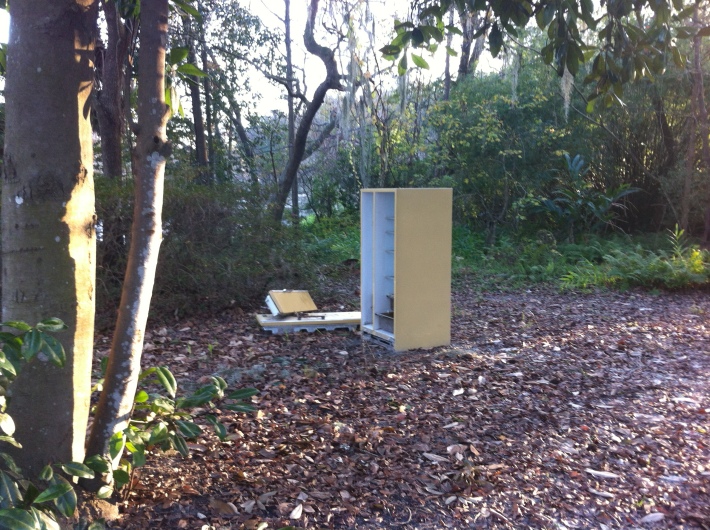 An abandoned refrigerator in front of Stetson Kennedy’s historic home.

A much-needed 14 hour energy booster shot. **Product not approved by the FDA or any doctor, ever.**