Back to the fight:

It’s the middle of the fight. Ali is possessed with a heroic Greek quality. He takes punch after punch to the kidney—you’re sure he pissed blood for a week after this fight—but always bounces back at the end of the round. He gives Foreman focused, precise blows to the nose, chin, and eyes. The tale is unfolding in Africa. It’s a 20th century myth caught on tape. It’s a battle of two men larger than life, Ali with the cunning of a Greek god. It doesn’t seem possible for him to take so much punishment, yet still he jaw between blows.

The whole spectacle is so brutal and inhumane. There’s a tinge of disgust each time a blow lands and the other man bends in rubbery exhaustion. They are, to speak directly, looking to knock each others unconscious, and I feel sick being captivated by the event.

Foreman never had control. His eyes are raccoon-bruised, the skin under his eyes puffy and distended. And now he has to muster some strength, a strong right jab to end it all, which, Frazier assures us, can knock out any man. Round eight, Foreman swings into the ropes, nearly falling through them onto the cameramen below. Foreman just wants the punch, the atomic strike. He’s given up protection, just a man striking with a vengeance because of the humiliation he’s suffered in front of the people of Zaire and the people watching on television around the world. He’s just a man. Only human.

Ali finally gets out of the corner. He unleashes a salvo of punches, quickly, expertly. One last jab to Foreman’s left cheek sends the reigning champion sprawling and to the mat. Count to ten. The fight is over. “That was no phantom punch!” David Frost yells.

The scene in the ring becomes frenzied. Men dance around the new champion. Ali is so tired he can barely stand up. The crowd fights to touch him, to say they touched the Greatest, but Ali, like an animal being sent back into his cage, has to punch men off of him. He has not switched himself off from the mode of fighter. Zaire military in white helmets and forest green outfits try to manage the scene.

After the hour-long commotion at 4am in the Zaire jungle, the people want more. They want a Ali to finish him. They want death.

Muhammad Ali is shear rolling will, steam-powered ego. He is the prototype for the fake world of wrestling and even refereed the first Wrestlemania. Backstage, after the fight, Ali glances in the mirror and then commands the attention of everyone watching. He talks about the great honorable Elijah Muhammad. To his credit, David Frost called the champion out for advertising his religion. The actor loses sight of his character quickly here.

Once Ali runs out of promotion, he starts to babble and a sad reality sinks in. You remember the tragic chorea dance of Ali today. The brutality is revealed over time. At 32, Ali considered retiring, but fought again for several years. The next year he beat the other tragic character, the recently deceased Joe Frazier in the “Thrilla in Manila”.

Outside the ring Ali at his height was just a poetic and sensitive kid with a history lesson.

He was a handsome kid who did not like to be challenged, for fear his entire ego might collapse.

Ali is challenged (from the movie Soul Power)

But he had a grasp of the horror of the civil rights movement in the ‘60s and loved children. While training, Ali would take out time to perform magic tricks for the white and black children that came to his facility. He was the consummate entertainer for a turbulent time.

I find the sport of boxing itself to be a horror. Many men have died because of injuries they suffered in the ring. But Ali was the sportsman America needed in the ‘60s and ‘70s. It’s the ultimate irony of his life: Muhammad Ali was an outspoken civil rights activist with a conscious who came from a sport that often seems to have no conscious at all.

One last note: a festival was staged in Zaire before the Rumble in the Jungle. The three-day festival featured James Brown, B.B. King, and Bill Withers, to name a few. In 2008, a documentary about the festival called Soul Power was released. I’ve linked some clips of Ali from the movie above. On that note, I leave you with James Brown’s final words in the documentary.

Damn right I’m somebody (from the movie Soul Power)

And in honor of Primeboxers, the YouTube user who posted this great fight, here is a picture (check out his profile picture below the full clip of the Rumble in the Jungle here): 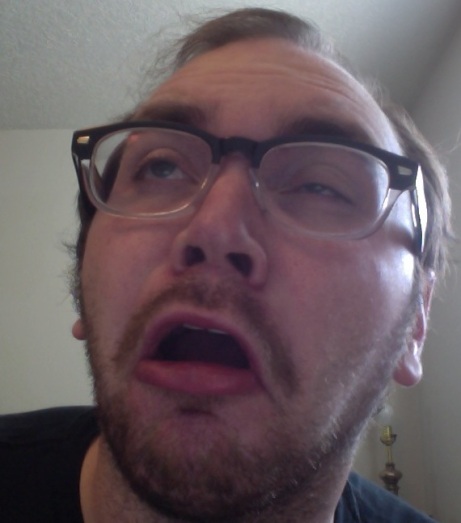