I started watching Breaking Bad recently in part because 100% of the reactions to my not having seen the series were of overwhelming incredulity. This is how I know a show has become a touchstone in our culture. (I recently had the same reaction when my roommate told me he hadn’t seen The Jerk, although that fact is more excusable considering the movie is over 35 years old.) I am only about seven or eight episodes into the series, but I thought I’d share some of my observations so far. 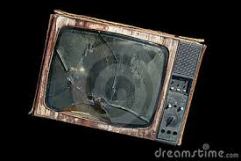